One more anatomy practice of centaurs holding their kids. I messed up the facas a bit, but other than that I'm quite satisfied.

I have a habit of creating mini background stories for my art sometimes. In this one the male is the adoptive father and the child he is holding was born eather blind or almost blind. Their father was a traveling centaur. In his breaf stay with the herd he was befriended by the female and they got along nicely, but both knowing it would not last. After a month or so he continued on his journey. He had no idea what he was leaving behind and at the time neither did she. 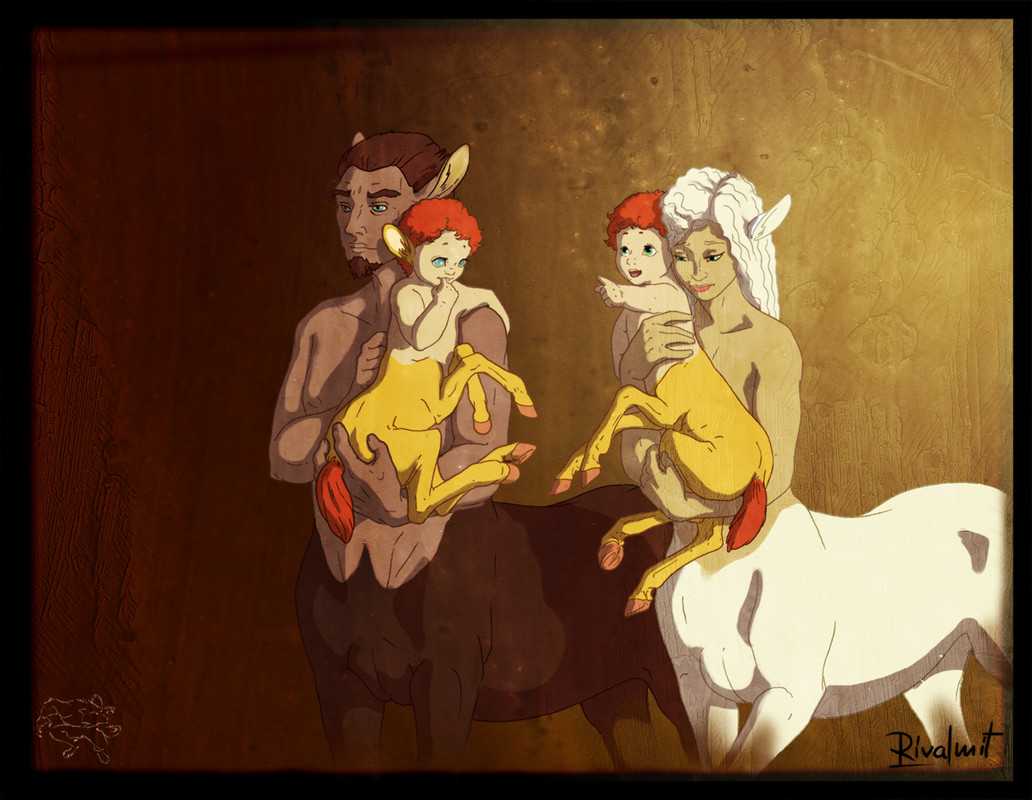